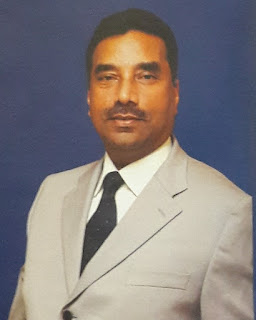 The Indian Textile Industry is reeling under severe crisis due to competition from other global players.it's time for the government to consider Non-Tariff Barriers on its competitors, i.c.China,Vietnam,Bangladesh,etc.The Government should consider the following measures to safeguard the domestic industry.
Restrictions on the quantity of import under HS 55092100 to 2000 tons/month by introducing import licenses that are issued by the government as imports have surged to 9000 tons/month from 500 tons/month in a period of only 2 ye.ars (an increase of 1592% over a period of 2.5 years). The RKM of all products under 55092100 should be 40 or more to meet the requirement of the next generation of knitting and weaving machines.
Articles imported under 55092100 should be free of carcinogenic heavy metal compounds (Sb203) of antimony (Sb)which are released into the Indian water bodies when fabrics made from these imported yarns which are dyed at high temperatures there by endangering both humans and & the environment.
EU flower & Oekotex certificate must accompany all import shipment under 55092100 to prevent the entry of any other hazardous substances into India through these yarns. Imports under 55092100 should only be permitted against advance license so that dumping from Indonesia, Vietnam & China can be harnessed to increase India's exports while at the same time protecting the domestic manufacturers from unfair competition.
Source;

Source: The Textile Magazine
Posted by S K G Rao at 12:00 AM

I am glad our PM has said 'concerns not addressed 'of India and has opted out of RCEP (RegionalComprahencive Economic Partnership) summit in Thailand, seven years after negotiations started for the formation of what could have been the world's largest trading block.