Eugene Garden is an international free-lance writer, who specializes in covering global technical textile and nonwovens industry. He worked for several industry titles and can be reached at gerden.
eug@gmail.com.


15th January 2018, Moscow.
The share of natural fabrics and materials in the Russian textiles industry is steadily declining in favour of their synthetics, according to recent statements by the Russian Ministry of Industry and Trade. However, plans are afoot to expand the raw materials base for technical textiles, including the reintroduction of hemp fibre for technical applications.


In the last five years, the annual growth of natural fibre and yarn consumption in Russia was equivalent to 5-6% per year, compared to 13-15% in the case of synthetics, and the difference continues to grow in favour of synthetics. The same trend is observed worldwide, where, according to analysts’ predictions, the share of synthetic and man-made fibres in global consumption will increase from 45% to 65-70% by 2025
.

Last year, in Russia, the local synthetic and man-made fibres market exceeded 650,000 tonnes in volume and RUB 55 billion (US$ 950 million) in value. Analysts expect further market growth this year.
Currently, most of the Russian demand for synthetic fibres was met through imports, mostly from China. However, the situation may change in the coming years, with the Russian government announcing plans to increase domestic production.


“The countries of East Asia have long placed a stake in the production and export of their synthetic fibres and yarns to abroad. This is reflected by statistics, which shows that today this region provides about half of the world production of these materials. Obviously, high competitiveness of Asian producers in the international arena is mainly related to the ability of their producers to save on costs. Due to this, Russian manufacturers may find it difficult to compete with Asian rivals in the coming years, even in the domestic market,” commented Andrei Razbrodin, president of Russian Association of Textile and Light Industry Producers (RATLIP).


Despite this, the production of synthetic fibres and yarns in Russia has significantly increased in recent years. Currently, domestic producers cover around 35% of the country’s demand and there is a possibility that these figures will continue to grow in years to come.


According to analysts at RATLIP, this dynamic is understandable, considering that non-natural fibres have better characteristics and more stable prices than their natural equivalents. It is predicted that polyester and viscose fibres (the share of which already makes up 85% of global synthetic and man-made fibres consumption) will remain the most popular types of non-natural fibres.


At the same time, the Russian government plans to further increase the production of innovative textile materials in the coming years by expanding the raw materials base needed for their production.


For example, as part of these plans, the government plans to make hemp one of the major raw materials for the production of technical textiles and other innovative textile materials, according to recent statements by sources close to the Russian Minister of Industry and Trade. 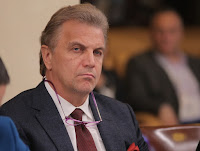 Areas of cannabis in the Russian Volgograd region.

Hemp, or industrial hemp typically found in the northern hemisphere, is a variety of the Cannabis sativa plant species that is grown specifically for the industrial uses of its derived products. It is one of the fastest growing plants and was one of the first plants to be spun into usable fibre 10,000 years ago. It can be refined into a variety of commercial items including paper, textiles, clothing, biodegradable plastics, paint, insulation, biofuel, food, and animal feed. In textiles, hemp can be used as a substitute for linen and even cotton and is used in upholstery and even as a reinforcing fibre in composite applications.


The Russian government and some local private businesses plan to create conditions for a significant increase of area used for cannabis cultivation in the country. The USSR accounted for 70% of the world's total area under cannabis, which was equivalent to almost 1 million hectares.


However, the production of cannabis was almost fully suspended in the USSR in 1987 as a result of a decree signed by the President of the USSR Mikhail Gorbachev, which banned cultivation of cannabis in personal plots of land by making it a criminal activity.


By 2011 cannabis cultivation in Russia almost disappeared. At present, the total area of cannabis in Russia is estimated at only 1,500 hectares, which are mostly located in the Adygea, Mordovia, Penza, Novosibirsk, and Orel regions.


However, there is a possibility for the situation to change in the coming years, due to the plans of the Russian government to start building hemp processing factories in different parts of the country. The plans include the production of cannabis varieties that do not possess narcotic characteristics. These will be special varieties developed by some leading Soviet agricultural research institutes during the 1980s, the leaves of which are said to contain no more than 0.1% of tetrahydrocannabinol (TGC).


“In the US and Canada, the permissible level of TGC for technical hemp is 0.5%, which is several times higher than in the case of Russia. Currently, China remains probably the world leader, in terms of cannabis processing and the production of fabrics and clothing made of hemp. In fact, all the Chinese enterprises, which have the right to deal with cannabis, are operated in accordance with the orders of the country’s Ministry of Defence, supplying the majority of products for the needs of the army,” said Julia Belopukhova, project manager of RosLenKonoplya, a public association, which unites some leading Russian producers of flax and cannabis. 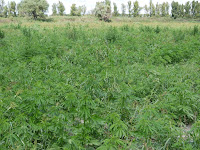 According to predictions of analysts in the Russian Ministry of Industry and Trade, by the end of 2018, the area under hemp in Russia will reach 6,000 hectares in 25 Russian regions, from Vladivostok to Kaliningrad. Author:
Eugene GerdenCategory alerts.

Eugene Garden is an international free-lance writer, who specializes in covering global technical textile and nonwovens industry. He worked for several industry titles and can be reached at the garden.
eug@gmail.com.
SOURCE:
http://www.innovationintextiles.com/russia-to-reintroduce-hemp-for-technical-textiles/